A Tribute to Paul LeFrancois and Jim Cox

September 15, 2021/PCC/Comments Off on A Tribute to Paul LeFrancois and Jim Cox 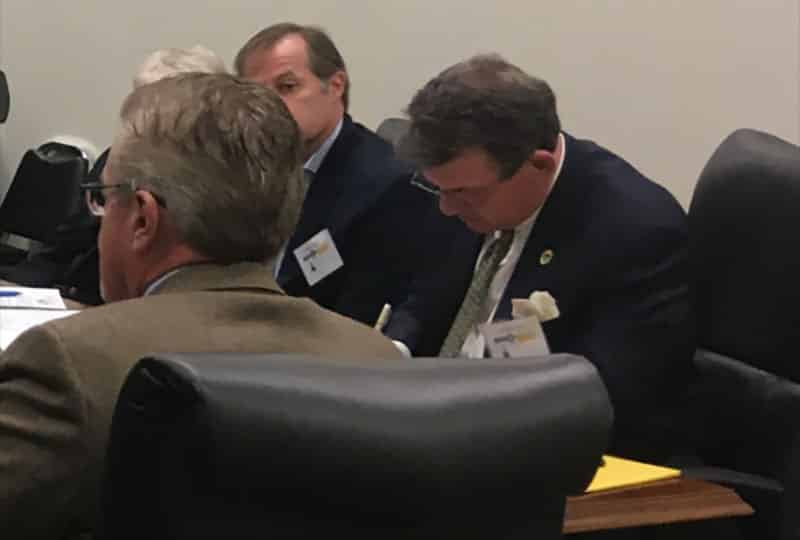 The Palmetto Cycling Coalition and cycling community of South Carolina are proud to recognize Paul Lefrancois on his retirement this summer as leader of the PCC. He was a founding Board member and his tenure as President spanned 26 years. Paul is a tireless advocate for cycling and worked closely with the SC Legislature, SC Department of Transportation, and many other public and private organizations to promote bike advocacy, education and access. PCC achievements during his leadership are many, including the 2008 bike laws and continued presence and strategic influence in the legislature, the SCDOT Complete Streets policy, securing the Share the Road license plate, updating the Driver’s License Manual, advancing the Safe Streets Save Lives digital education campaign, etc.). Paul continues his advocacy locally as a current member of the Board of Directors of the Freewheelers of Spartanburg, and he chairs the Overmountain Victory Trail Committee in Cherokee County. The Alliance for Biking and Walking honored him as the 2010 Advocate of the Year. The PCC is greatly indebted to Paul for his selfless work over the years on behalf of the South Carolina cycling community!

Thinking back over the years of the PCC’s existence, it’s hard to remember when Jim Cox was not involved in the work to improve bicycling conditions in South Carolina. Prior to the PCC, Jim was already actively involved in cycling as a founding member of the Greenwood Cycling Club. Through the years he has used his organizational skills to assist with numerous bike rides including the Tour d’Abbeville and and Bee Buzzin’ Tour of Greenwood County. In the late 1990s the PCC began hosting ’The Lost Weekend’ on the campus of Erskine College in Due West. One reason for choosing that location is we knew that Jim could be relied on to assist with organizing the event, laying out bike routes, and bringing volunteers to support it. We held the event for several years and it would not have been possible without Jim’s and the Greenwood club’s support.

In addition to his support of numerous events, Jim was always one of the first to volunteer to participate in the numerous legislative events the PCC has held over the years. Jim definitely has the gift of ‘pressing the flesh’ with our public officials as well as the ability to talk with those of all political persuasions about the benefits that a more bicycle friendly environment can provide to South Carolina communities and citizens. Whether pushing for more bicycle friendly policies or infrastructure improvements at the local level or across the state, or talking with a novice bicyclist or longterm legislator, Jim finds a way to share his enthusiasm for bicycling that is contagious. I am extremely fortunate to have him as a friend and South Carolina is extremely fortunate to have him as an advocate working to create an environment in which all of us can safely enjoy the simple pleasure of a bike ride. Jim, thank you for all you have done in support of the PCC’s mission and values, and keep on pedaling!