Meet Phoebe! Leading the way for Complete Streets in SC.

May 31, 2011/PCC/Comments Off on Meet Phoebe! Leading the way for Complete Streets in SC. 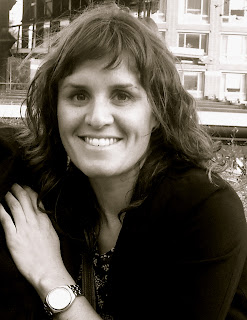 Thanks to a great partnership with Eat Smart Move More SC, we’ve been able to connect with the Arnold School of Public Health program at USC to acquire an intern for the summer and fall months. This intern, Phoebe Byers, will be directing the efforts of the Complete Streets in South Carolina Campaign.

Phoebe is currently pursuing her Master’s of Public Health degree in Physical Activity and Public Health at the University of South Carolina. She received her Bachelor’s degree from the College of William and Mary in Interdisciplinary Studies. A Charleston resident for nearly six years, she worked with the restaurant management company, REV, prior to attending graduate school. Her interest in Public Health came about after volunteering with the non-profit organization Louie’s Kids, which helps disadvantaged overweight and obese adolescents lose weight and live healthier lives. After volunteering, she became a part-time employee of Louie’s Kids and helped sustain a successful Saturday workout program. Presently, Phoebe works part-time at the Medical University of South Carolina as a Graduate Assistant in the Cancer Prevention and Control Program.

After learning about the Complete Streets Initiative and other efforts to promote active transport within communities, she became passionate about endorsing this sector of Public Health. Considering the lack of physical activity within South Carolina and to a greater extent, the United States, it is essential to create more opportunities for physical activity within South Carolina communities.

For her Practicum assignment, Phoebe will be working directly with the Palmetto Cycling Coalition and Eat Smart Move More SC to establish the framework for the Complete Streets in South Carolina Campaign. Specifically, she will work to establish and contact Stakeholders integral to this campaign as well as research and report on the existing efforts within the state to establish a Complete Streets campaign or to promote active transport.

Phoebe is excited about the opportunity to work with the Palmetto Cycling Coalition and Eat Smart Move More SC, and we’re thrilled to have her help. As a South Carolina resident she recognizes the need of the Complete Streets in South Carolina Campaign, and is devoted to supporting this effort.

Be on the lookout for more updates on this effort, and for occasional blog updates from Phoebe.